How Interest Rates Can Impact the Bottom Line

How Interest Rates Can Impact the Bottom Line 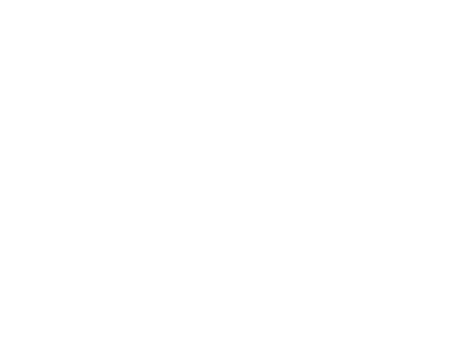 Anyone who reads The Wall Street Journal, Yahoo Finance, or Bloomberg may hear a lot about interest rates. Domestic events, job numbers, and spending bills can all affect rates by a few tenths of a percentage point, but what does this really mean? If you’re investing in a commercial or residential property, why should you pay attention to 3% vs. 3.5% vs. 4%? These are small numbers – they can’t make that much of a difference, right? Well, it turns out they can and do. Today we will discuss why it’s important to lock-in and get a good interest rate, and how much delaying or relying on a floating rate can negatively impact a return.

Some Money is Inexpensive

You may have heard the phrase “Money is inexpensive” since the 2007/2008 financial crisis. It’s an odd phrase, and left alone, doesn’t really make sense. It almost sounds like something a philosopher would say – so what does it mean? The phrase is referring to interest rates and the cost of debt compared to equity. In the 1980s, 1990s, and early 2000s, interest rates on a commercial loan or mortgage would cost the borrower far more than it would today. The LIBOR is what our analysts look at when calculating an investment. LIBOR is the London Interbank Offered Rate, and below is a historical chart of rates, dating back to 1988. Rates peaked in 1989, hitting double digits, and because of this, the economy slowed – it was expensive to borrow money. Now, the LIBOR stands at 1.88, which means a standard commercial loan will have roughly 4.88% interest (we get that number by adding a 3 point spread to the LIBOR) – generally more expensive than over the last decade, however, still relatively cheap when compared historically. 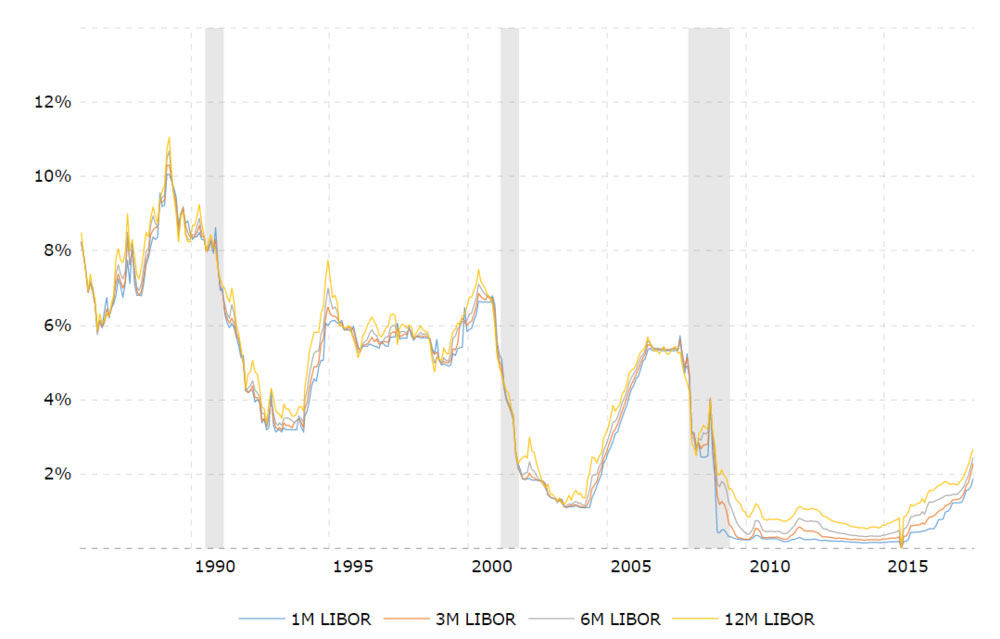 Let’s dig down, and look at the specifics. Let’s assume we’re buying a building, and getting a $100,000,000 loan. We’re assuming the property is already pre-leased, and the tenants are paying $500,000 per month for rent. Below are two charts – one showing a Fixed Interest Rate of 4.84%, and another showing a Floating Interest Rate, which begins at 4.84%. When running an analysis on floating rates, you should always assume that rates will increase given the historically low cost of debt – at this time to be conservative, we’ll start at 4.84%, and steadily increase between .04-.06% per month, while maxing out at 5.47% (the floating rate projection is an actual forward LIBOR projection increase from Chatham Financial). Although just a prediction, this means that floating rates will eventually be a full point above our fixed rate.

What this graph ends up showing, is that if you’re able to lock in a Fixed Rate of 4.84% as opposed to the Floating Rate – your Internal Rate of Return is more than 3 percentage points higher! Roughly a 27% annualized IRR for the floating rate, versus about 30% annualized IRR for the fixed rate. Meaning, if you invested $10,000,000 in this deal, then A) not only should you celebrate, but B) you make approximately $300,000 more on your investment with the fixed rate in one year. Specifically, follow the Floating Interest Rate section, and look at the “Interest Rate” and “Investor Profit” rows – as interest rates continue to climb, investor profit steadily decreases. After reading this, don’t you wish you could have locked in the fixed rate?

What does this mean?

This is a very simplistic view when it comes to interest rates, however it is telling. Long story, short – interest rates matter. Whether you’re purchasing a home, or investing in a commercial property, you should always pay attention to rates. A one-point percentage rate difference might not sound like much, however in the end, it impacts the bottom line quite a bit.

This post was written by Northstar’s Director of Equity, Danny Mulcahy. If you have any questions, or would like to speak with Danny, please email him at danny@northstarcp.com.

Northstar’s up and coming Gateway Self-Storage project was recently highlighted by the storage company, Sparefoot!

A special thanks to BusinessDen for featuring Northstar’s 3.5-acre land sale in Golden, Colorado!